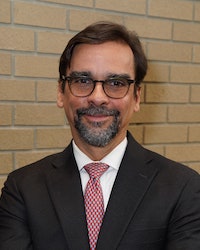 Carlos M. Calderon, a native of Puerto Rico, has been litigating matters for plaintiffs as well as defendants since 1995. A graduate of the University of Puerto Rico, his native language is Spanish, which has helped him develop a very diverse clientele over the years. He graduated from the University of Connecticut School of Law in 1990 and worked as an Assistant District Attorney in Bronx County until 1995, specializing in white collar crime, arson, and corruption cases.

In 1995 he joined the firm of Brody & Fabiani and tried several cases on behalf of defendants in civil lawsuits. In 1996, he became a partner in Weisman & Calderon LLP, where he was the main trial attorney, and later Managing Partner until 2017.

Mr. Calderon has had a diverse practice, representing plaintiffs and defendants in civil suits, as well as having served as court evaluator, court appointed referee, guardian and trustee in Article 81 proceedings.

Currently, Carlos continues to represent both plaintiffs and defendants, utilizing the experience he has on each side as a valuable asset to analyze cases and advise his clients.